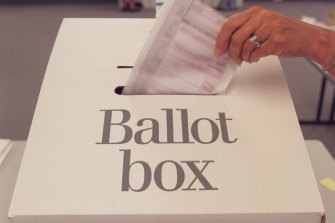 Australia has it’s faults too. How is it a Democratic majority system of rule can be so dominated by a minority of interests?

Washington: In a nation where states can make it difficult to vote and every result may be contested, some Americans are asking again: why can’t the US electoral system be more like Australia’s? They envy our centrally organised, independently run system replete with democracy sausages.

Source: Why Australia’s voting system is the envy of Americans