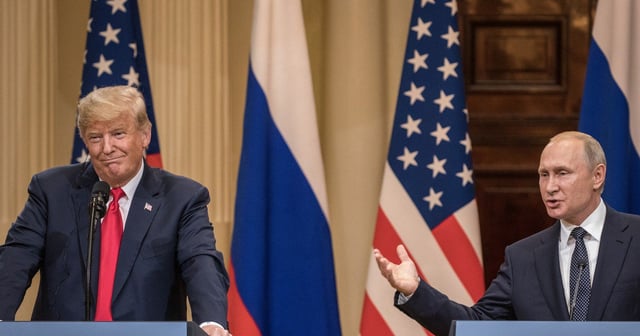 Trump Remains Loyal to Putin. Trump’s initial take on Russia’s 2022 invasion was to call Putin “savvy” and a “genius.” He has showered endless praise on the Russian dictator, never uttering an unkind word about him. Russia’s state-controlled media has replayed all of it.

President Biden and a united NATO deprived Putin of the “Victory Day” celebration that he desired this year. But Putin isn’t finished—with Ukraine, Trump, or American democracy. Recently, U.S. intelligence agencies assessed that Putin may increase his efforts to interfere with upcoming U.S. elections.

Compared to the obstacles that Putin encountered in Ukraine, undermining American democracy is his path of least resistance to a momentous Russian “Victory Day” down the road. As Trump and his Republican allies suppress voting, place Trump’s minions in critical state positions that could influence election outcomes, and push bogus post-election audits that destroy voter confidence, they have become Putin’s accomplices.

Source: Russia’s ‘Victory Day’ and the Trump-Putin Alliance Against Ukraine | The Smirking Chimp