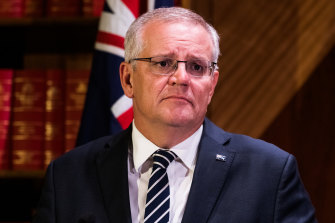 The LNP and the IPA said much the same of the ABC. That scrutiny of the Government by any “public investigative service” would result in an “autocracy and so they proceeded to dismantle and or prevent their existense. Much the same can be said of any independent statutory body as far as the Morrison Liberals Morrison are concerned. This government is already an autocracy with a number of bills not passed and their intransigent Nope Nope Nope “we don’t negotiate” attitudes.

Prime Minister Scott Morrison has opened a new front in the debate over a national integrity commission, declaring Australia could become an unrecognizable “public autocracy” if such a body is given too much influence over government decision-making.