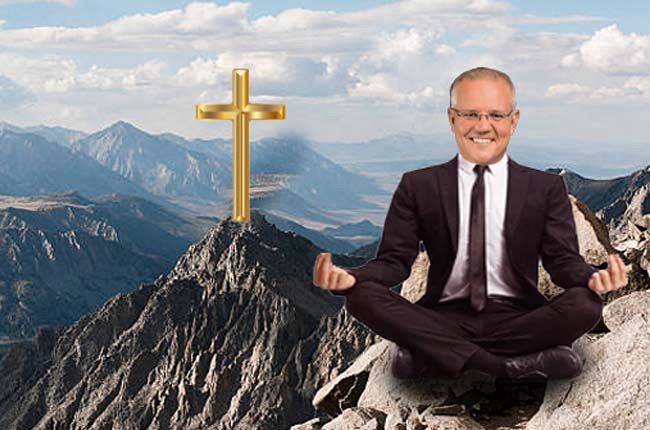 Our secular Democracy allows what they don’t. It has become increasingly obvious that the Separation of Powers and have no place in Morrison’s Australia.

Let me tell you about the most brazen assault on Australia’s secular democracy you have probably never heard about.

A plan by a shadowy group of “prophets” and “apostles” to take over the world sounds like the stuff of a bad airport novel, but it is one of the most important ideas in the Pentecostal movement today.

The premise of 7M, as it’s often called, is that the seven pillars of society have been taken over by demonic powers. Believers have to reclaim control of these “mountains” so that Christ can return to rule over the Earth.

Source: Morrison and the secret Pentecostal plan for world domination