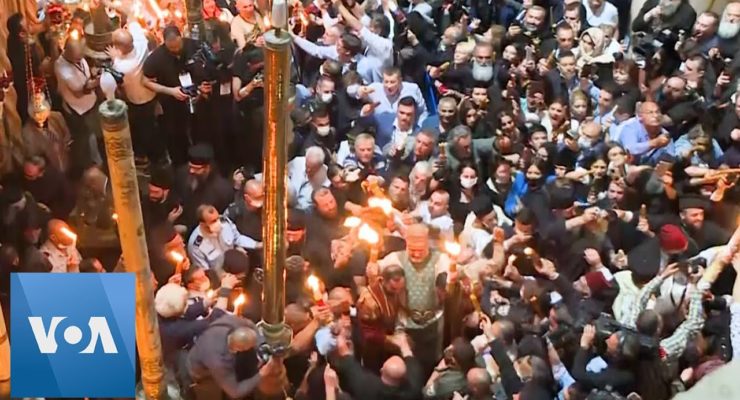 This year the Israeli state placed severe restrictions on how many Christians could attend, and on Saturday they set up metal barriers to enforce those limits, of only 4,000 attendees. Israeli government officials said they were afraid of a stampede. The Eastern Orthodox authorities in Jerusalem dismissed this fear as a pretext, pointing out that the ceremony had been held annually without incident. Controlling the some 370,000 Palestinians of East Jerusalem has become an obsession of the Israeli security forces, as the state and Israeli civil society make a press to implant Jewish squatters on Palestinian property there and to exercise increased control over civic and religious life.