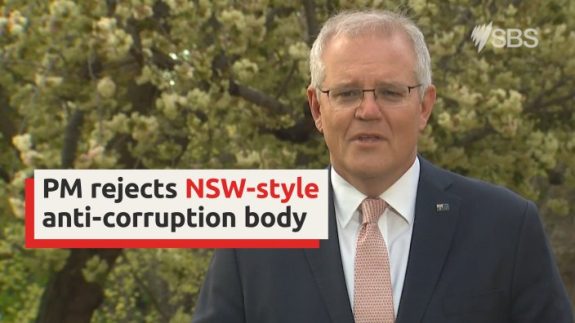 There is a very simple reason why Prime Minister Scott Morrison broke his pre-2019 election promise to introduce into parliament legislation to establish a Commonwealth integrity commission. It wasn’t that it was attacked as being too weak by the Labor Party, independents, retired judges and some of his own backbenchers. It was because if he had brought the legislation into Parliament he would have lost control of it. He knew he could not trust all of his backbenchers to support the government’s line, and that a few of them – enough of them – would have voted with Labor and the independents to transform his proposed ineffective integrity commission into one with teeth, one that could investigate the misdeeds of politicians such as himself, and hold public hearings that could damage them politically.

Source: Why Morrison is dodging an Integrity Commission – » The Australian Independent Media Network