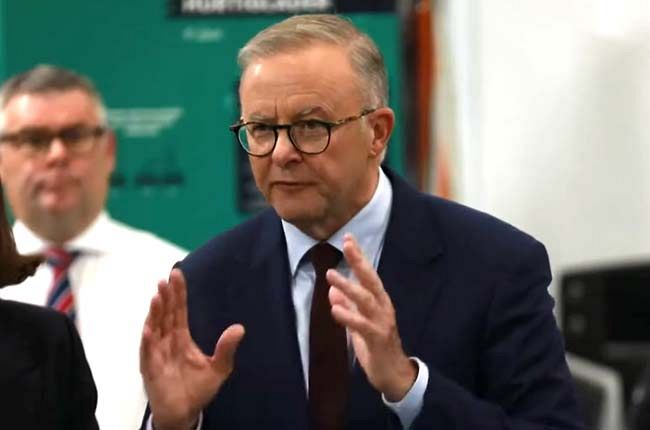 Living proof that “free media” in  Capitalism is a myth and what we have is cash for comment MSM melee. Corporate Media at this time have all become the organ grinders’ monkeys and not the organ grinders. Would any of the MSM not dance for those with the money? The money hasn’t been with the ALP or its supporters for decades. So it’s hardly surprising Murdoch, Costello, and Stoke’s business models are there to serve the LNP, IPA, and Clive Palmer and consequently advertise the dark and fake side of news and information because their future bottom lines depend on it. As a result Morrison’s lies gaffes and soap bubble promises are let go to the wicketkeeper and are reported with humour like ” I only missed it by that much”!  Or not calling it a gaffe when Morrison is seen promoting jobs at Rheem a company that’s downsizing 30% of its workforce and sending the work to Vietnam.

AS MOST READERS will probably know, on the first day of the election campaign, Labor Leader Anthony Albanese was asked to specify the unemployment rate and the official cash rate, which are 4% are 0.1% respectively. Albanese did not initially offer a figure for the cash rate and said the unemployment rate might be 5.4% then added he wasn’t sure of that figure. Such a response is unsurprising given that, up until now, we have not expected our politicians to be focused on memorizing figures to such a precise degree.