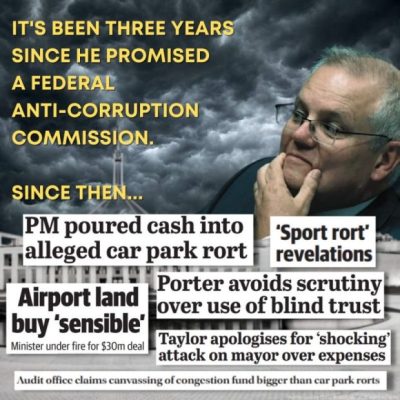 Scott Morrison has successfully completed his coup, disenfranchising party members and installing sycophantic supporters, but he has failed at every turn in his constitutional obligation to act in the public interest and should, along with his enablers, be rejected by the public whose interest he so wilfully ignores.