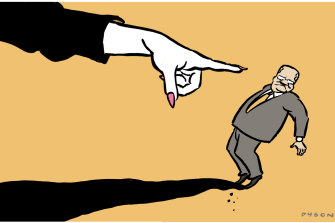 Australians don’t mind rascals larrikins and rogues but they sure as hell hate holier than thou liars that use their religious faith as smokescreens to hide their true nature. Shane Warne could do anything and he was forgiven as was Bob Hawke. We even learned to forgive Malcolm Fraser over time and it wasn’t because the LNP renounced him but because he was truly remorseful and showed it. However, we never forgave just forgot Billy McMahon but not so John Kerr, John Howard, Tony Abbott or Henry Bolte.

Morrison thought he had Anthony Albanese on the run over his refusal to hold a review into the treatment of Kimberley Kitching, a real issue that will not go away. Now the Labor leader is handed a political gift from one of the toughest conservatives in the business. “Morrison is not fit to be Prime Minister.” The Labor attack ads won’t be hard to make; they can leave it to the intern.

Source: Election 2022: Why Scott Morrison’s character assassination by Concetta Fierravanti-Wells is so powerful