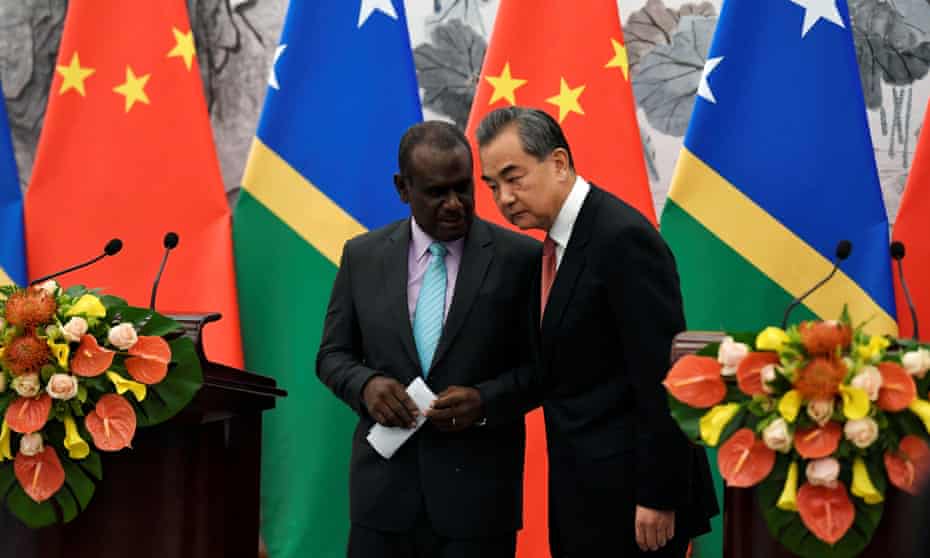 With the arrival of Abbott our Foreign Policy in the Pacific had a major shift. Australia Radio vanished after 75years and Foreign Aid became far more transactional. It became more business than aid. Abbott clearly had his sights on stronger relationships with Europe rather than the Pacific Islands. The LNP allowed for a vacuum to develop in the Pacific Region. They gifted it to their friends China.

As the Pacific’s biggest aid donor, Australia has often taken a heavy-handed approach, trying to dictate to Pacific islanders how to run their governments and public institutions. Much of its aid also ended up in the pockets of Australian companies and consultants. Many in the region resent this. Chinese presence constrains Australian paternalism. It has also led Australia to pledge more money for infrastructure, which the Pacific sorely needs. Additionally, while Australia sees China as its biggest security threat, the Pacific associates that level of danger with climate change, not China. Australia’s dismal approach to climate change mitigation, and disapproval of Pacific climate activism, rankles. Granted, China is not itself a climate change paragon, but Australia’s claim to regional leadership has been harmed. A progressive-realist approach would recognise that China is in the region to stay, because Pacific governments want it there. Hence, leading in the Pacific does not mean kicking China out, as efforts to achieve this would probably backfire.