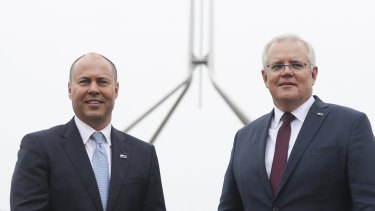 Watch out for the bandaids attached to this Norman Gunston budget, The one-offs, Cost of Living Help of $4-$9, the fuel excise cut etc. Like the one off emergency payout of $800 promised flood victims that’s been so slow its “coming” but not arrived. The red tape put in place even more costly. But then promises pad the “appearance” of this government that has continuously failed to deliver anything but promises. They’re a government where style is more important than meaning, where  hi-viz uniforms that are meant to make Morrison and his MPs appear to know what he’s doing. Where inexperience and politics dominate decision making over expertise and studied  experience.  One-off gifts promised in the short term to allay but do nothing for the nation. This has been a short-term knee-jerk government since 2013. Imagine a one-off $250 bonus for pensioners $0.70cents a day to be ripped ioff them after a year WOW that’s a bonus!! But does that promise really drown out the “Nope Nope Nope” the anthem we’ve heard for the past decade? Or the false promises “No Cuts” to the ABC , Health, Education, Aged-Care, Wages, Public Service, etc etc etc?

Australians are used to being told the federal budget will give them billions of dollars in urgent cash to help them through a crisis, but Josh Frydenberg will have to adjust that message on Tuesday night.