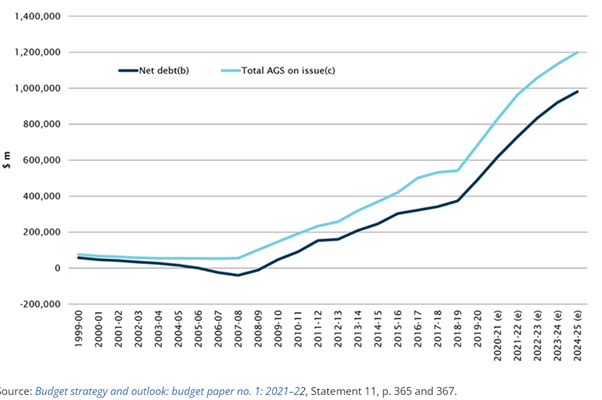 In 2012 We were in Bad Shape  the Sky was Falling in. In 2022 We are told we are in Good Shape because of the LNP has taken our debt from 10% under the ALP to 40% of GDP. Claiming no fault of theirs how is it possible because Morrison doesn’t lie? Oh easy, throw facts out and simply say }it would have been worse under the ALP and call that a predictable truth.

When Tony Abbott was elected prime minister, our net debt sat at around $200 billion, or about 10 per cent of the size of our economy. He proclaimed it a disaster. It wasn’t. Our debt had doubled by the time the pandemic hit and, at just under 20 per cent of GDP, it still wasn’t a problem. It’s due to hit 40 per cent within the next year or so — at around $1 trillion —

Source: Out of the Frydenberg and into the fire ahead of the budget, with debt and deficits for at least another decade – ABC News