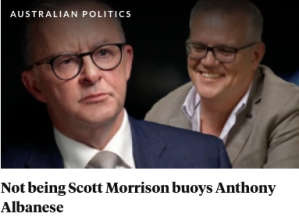 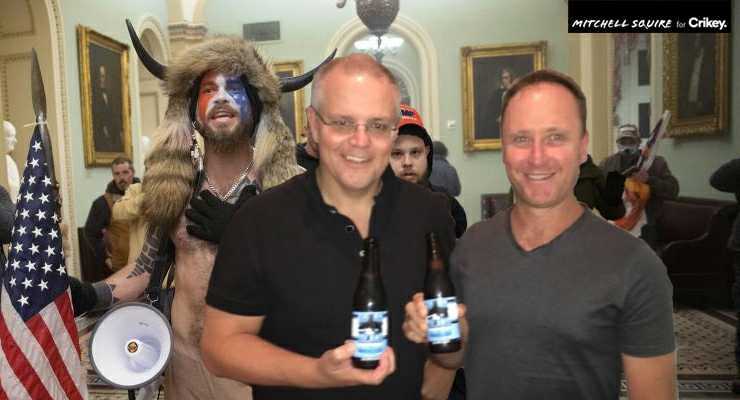 Scott Morrison PM was asked, some 18 months ago, what his over 30 year relationship with the Stewart family amounted to? Tim Stewart and his son Jesse are central and religiously active Pentacostalists and active members of the radical extreme-right global internet conspiracy group QAnon. Tim Stewart has even been banned from Twitter and other social media sites. He has even hosted activist members from the US and Gold Coast at his home. It was suggested his wife didn’t know her husband and son were members of QAnon while living with the discussion group in the house.

Morrison our PM has strict security, bodyguards and so are we meant to believe that neither the AFP or ASIO even knew or warned him? That Morrison didn’t simply shrug their concerns off? Questions were tabled at a Senate Estimates Comittee by Penny Wong some 18 months ago and were put on record by Matthias Corman but have never been answered. In fact, refused to be answered despite Tim Stewart boasting about his influence over his bestie Scott Morrison the PM to QAnon. How his words “ritual abuse” were going to be included in a Morrison address as proof, and sure enough they were.

Morrison today has the gall to suggest Albo is influenced by the Chinese  who have him in their pocket. Compared with QAnon, whose involvement in the Jan 6th riots in the US was plain to see. Their insane conspiracies pushed globally and Morrison’s personal, up close relationship with two of their most radical members who knew beforehand what was in his speech speaks to the fact we can trust Anthony Albanese blindly but can’t trust Morrison in the slightest. Albanese is an open book Morrison is totally closed with only a photo-manufactured veneer. He’s even got a trail of non disclosure agreements as part and parcel of his history,

The latest Newspoll is merely confirmation of the feedback they are getting in their electorates, best summed up by the comment “Morrison’s lost the mob. They have given up listening to him”. Labor has had an extraordinary run in the poll this year. It has led all four by 10 points or more – landslide territory if repeated at the election. Of course, borrowing from Italian opera, it’s not over until the fat lady sings, or more pertinently, till the last vote is cast.

Source: Paul Bongiorno: Not being Scott Morrison gets better for Anthony Albanese