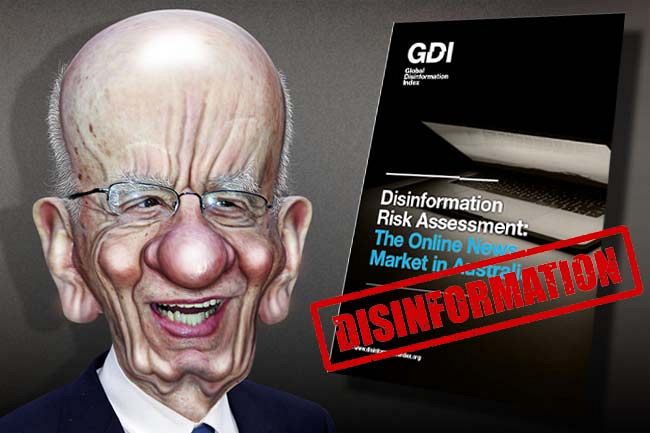 UK based GDI Index proves itself to be useless, almost conspiratorial as News Corp is. It’s based in the UK where Rupert Murdoch’s media behemoth was proved by Tory government inquiry to be totally corrupt. Where the world saw Rupert Murdoch do an Alan Bond and feign old age and dementia to stay out of jail. He had to close The News of the World and was allowed to keep his lisence. So fled to America to continue what he does best there, PR for the wealthy and powerful, misinformation his product. Currently, he’s spreading it for Russia’s Vladamir Putin. Fox News is even being celebrated by Putin’s State Media. I guess the UK based GDI is too.

The efforts of a self-appointed ratings agency that surveyed Independent Australia and 33 other Australian outlets have shown how you need to be careful in the tricky world of publishing. A report by the group called Global Disinformation Index (GDI) declared that the News Corp publications – Courier Mail, Sydney Telegraph and Herald Sun – were less likely to spread disinformation than Independent Australia.