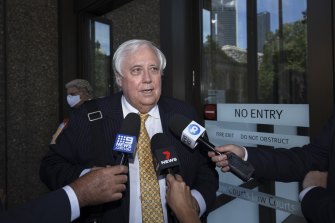 Big difference between the money spent by Clive Palmer and the total number of independents offering a diverse range of options on social media is huge. Palmer a single billionaire gorilla is allowed to drown out an election,and Morrison isn’t saying anything about the new L-NP-UAP Party.

Rules around political advertising remain in the pre-internet era, experts say, raising a “democratic dilemma” as Clive Palmer’s United Australia Party (UAP) blankets social media, newspapers and television with ads. Political communication experts say the sheer volume of ads, particularly those that are hyper-targeted on social media with little transparency, creates too much noise for voters.