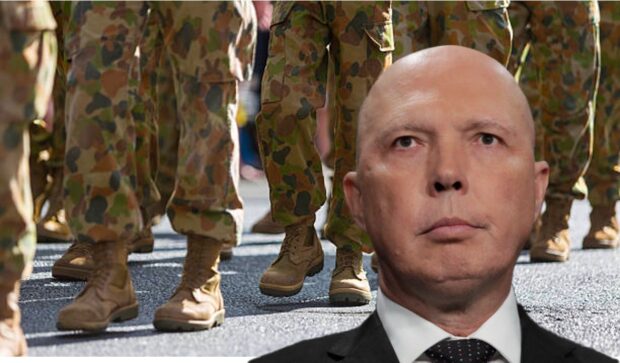 A government that hasn’t been able to effectively mobilise troops to help elderly Australians get in and out of bed reckons it can handle a fight with the second largest military in the world. Defence Minister Peter Dutton, whose department has so far only managed to place 129 out of a promised 1700 defence force personnel into Aged Care facilities, says only the Coalition can defend Australia from the rising threat from China.

Source: “We’ll protect you from China,” says government struggling to get ADF into Aged Care | The Shovel