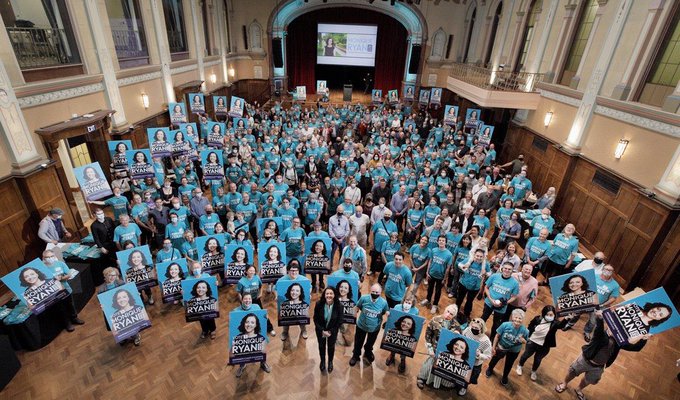 No complaints were heard when Clive Palmer spent $$$

Escalating Coalition criticism of the ‘Voices Of’ independent movement is “attacking democracy”, one of the drive’s key supporters has claimed, as yet more senior ministers complain about its growing traction.

Despite the Coalition claiming the movement is a “front” for Labor or the Greens, most of the independent candidates say they’ve never been a member of any political party, and some have links to the Liberals. Ms Daniel, a former ABC journalist and former TND columnist, said she had voted for her opponent, Mr Wilson, in 2016. Allegra Spender, taking on Dave Sharma in Wentworth, is the daughter of former Liberal MP John Spender. Mr Holmes a Court said he was unsurprised the Voices campaigns largely came from Coalition seats. “They’re growing out of frustration at the representation they’re getting. I’m not surprised people in non-government seats aren’t energised enough to start a campaign,” he said. “This is a movement from the centre. It’s spot fires of people who are pi–ed off. If Labor was in power, I’m sure this movement would be targeting Labor seats. They’re pushing against people they think are doing a bad job. “[Mr Morrison] should be asking, ‘Why did these groups start up and why are people disaffected in heartland Liberal seats?’” Mr Holmes a Court said Climate 200 would look to support between 12 and 20 independent candidates, and hoped three to five would win