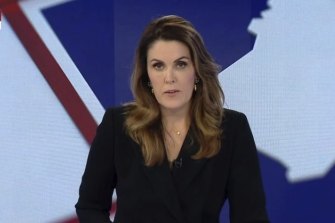 Credit where credit is due but why on a Friday night? When most viewers aren’t paying attention? This seems a forced apology forced on Murdoch media under legal obligation. Credlin however wasn’t the only Sky presenter to have abused the South Sudanese, and she certainly isn’t leading an apology chorus. Andrew Bolt was an active smearer of the the Sudanese. He avoided referring to them as Christians when spitting his bile at Islam No apologies coming from him for tarring all African refugees with the same brush.

Sky News host Peta Credlin has issued a lengthy on-air apology to Victoria’s South Sudanese community after anger about a program in which she falsely blamed them for a Melbourne COVID-19 outbreak last year.