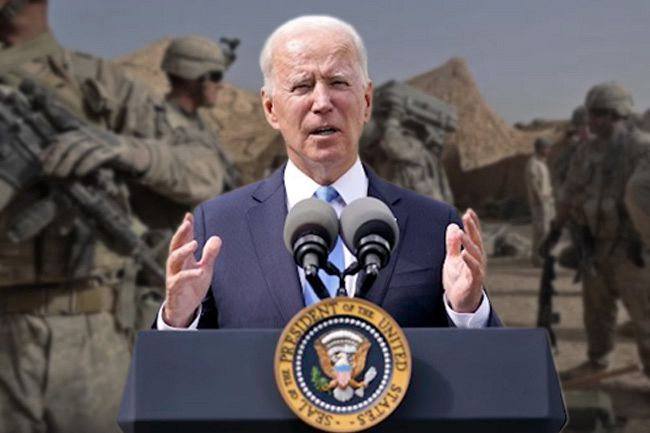 Previously America said jump and Australia’s LNP sent our boys wherever we we were told, Vietnam, Afghanistan Iraq and Syria. Today we not only did a massive one-way trade deal double crossing the French who are our Pacific neighbors but we have handed our sovereignty over to America and become their foremost base in the region. Yes ,the yanks are hers and we have to set up that base to accommodate them. That will make us the single most  target in the region for technological and tactical attack long before we even have a single submarine.

Meanwhile America is cooperating with China on Climate, trade and taking the commerce we once had with China. Trade in wine,beef, diary and education have slipped away. Good one …Scott Morrison Marketeer where is any Quid Pro Quo? We are now China’s fully fledged enemy and an American vassal.

There is an unabashed encouragement of greater U.S. garrisoning and military presence in Australia. Australia would commit to investing in and expanding naval facilities in Darwin and on the west coast. This, in turn, ‘could be matched with a greater U.S. naval presence at these facilities, for the purpose of joint activity through the Indian Ocean and up into Southeast Asia’. The authors take issue with conservative U.S. troop numbers that had been present through Marine Corps rotations in Northern Australia during the Obama era. It was time to roll up the sleeves and co-opt Australian real estate and resources to advance Washington’s agenda. The report said: ‘Specifically, the United States should forward deploy Navy surface, subsurface and uncrewed vessels to Australia; expand the Air Force rotational presence to include larger numbers and more frequent presence of high-endurance intelligence, surveillance and reconnaissance platforms; and increase both Marine and Army presence to facilitate greater training and integration within the alliance.’

Source: Pentagon to expand military presence in Australia against China