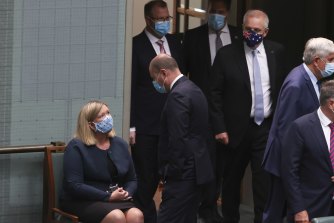 The Nest of Vipers

The Prime Minister pretended to be as relaxed about Archer’s actions this time as he was last time, saying what close friends and colleagues they were and what a grand old party he led which allowed members to express themselves freely. He does that often. Boasts about being good friends with people when really it’s just heavy duty Spakfilla patter, sealing up the cracks or covering his own poor behaviour. He has done it with Berejiklian too, even though she confided several times to friends he tried to bully her, and while Premier she got her office to tell Morrison’s office to stop undermining and backgrounding against her. His defence of her last week, describing the NSW ICAC as a kangaroo court, was a calculated exercise. He used it to excuse his failure to introduce a credible anti-corruption commission; he is desperate to get Berejiklian to run against independent Zali Steggall in Warringah, and it would serve to undermine in advance any adverse finding.