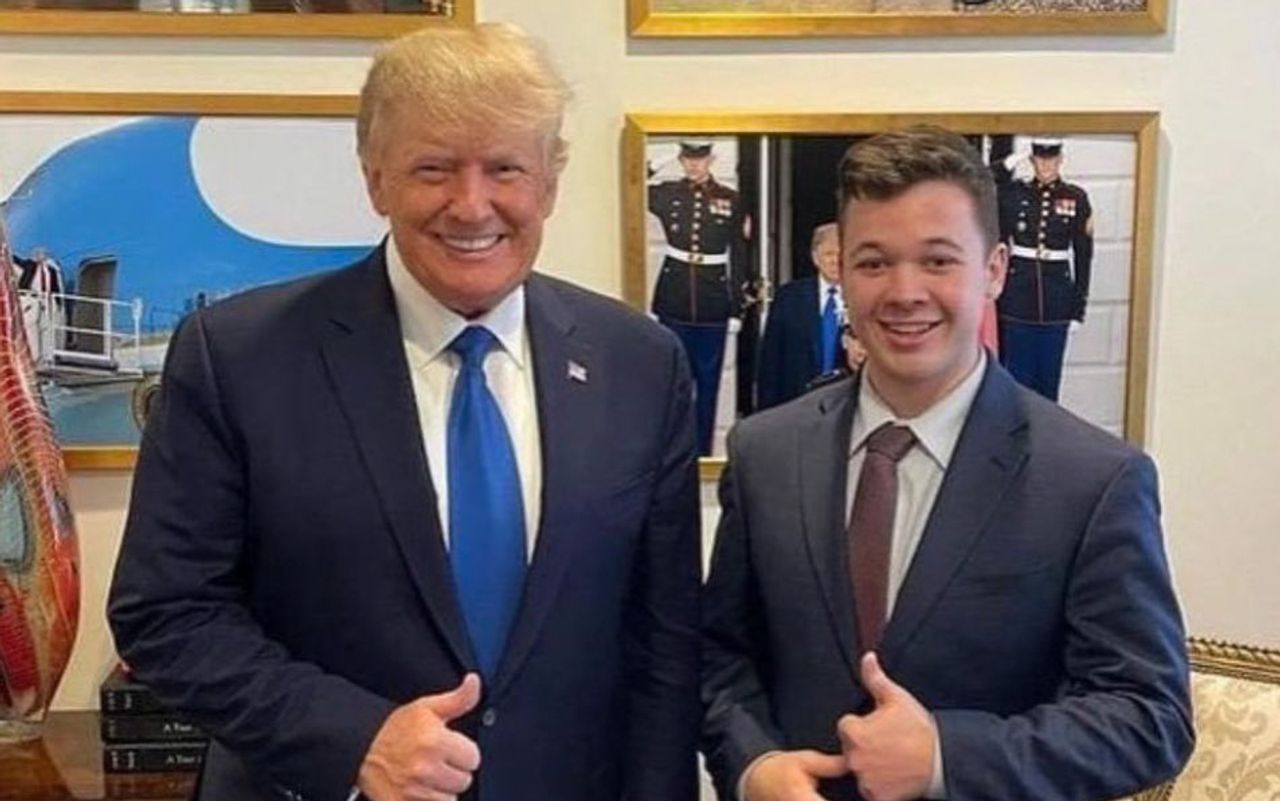 Turning the USA upside down. Discombobulating a nation, the purpose being to fragment the nation mentally. To raise the intensity of emotion to diminish, no destroy any sense of rational objective analysis of proven sentient facts . Yes, thats simply the purpose of getting up close and personal with Rittenhouse and support him in the loudest of possible ways. he really couldn’t give a fuck about the kid he’s using as a tool.

Trump’s existence has been based on nondiscovery of any personal real from fake facts in order to blur and control the noise and consequently the narrative, and if that didn’t work just delay by throwing  everything into the mix like a stun grenade, relying on time, a  human sacrifice, or the 24/7 news cycle to do the rest. Grab the media space, the ratings, and the promise of profitand the media will be your dancing bears. Let your band of advisors like Steve Bannon et al do the rest.

Trump hasn’t changed he simply lost the Presidency for now.

On Wednesday, QAnon supporter and January 6 coup-plotter Republican Representative Marjorie Taylor Greene of Georgia introduced a bill to award a Congressional Gold Medal, the highest honor of the legislative branch of the US Congress, to Kyle Rittenhouse. Although the full text of Greene’s proposed legislation has yet to be drafted, an official summary states, “H.R.6070 – To award a Congressional Gold Medal to Kyle H. Rittenhouse, who protected the community of Kenosha, Wisconsin, during a Black Lives Matter (BLM) riot on August 25, 2020.”