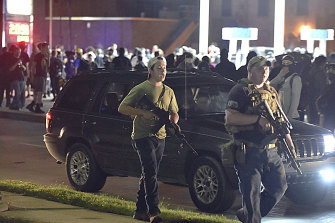 In a statement issued Friday after a jury had found Kyle Rittenhouse “not guilty” on all five counts against him, President Joe Biden declared that the verdict left him “feeling angry and concerned,” as it did many other Americans. Reacting to the verdict in the trial, which polarized the nation and was passionately politicized by liberal media, Pres. Biden expressed his anger and concern, while acknowledging that “the jury has spoken: