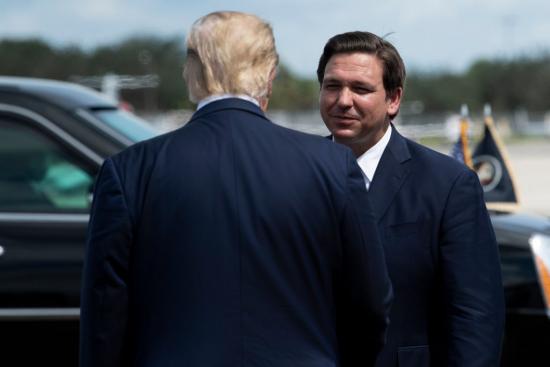 Trump really doesn’t believe he has the chops. He needs 100% guarantees! What was a game in 2016 isn’t today. He knows and believes 2016 was an accident. His life has been one of covering up losses rather than one of wins. If a brick inherited $250M it would be worth over $12bn today and Trump’s only worth an  estimated at $2.5bn. With a trail of millions left dead, battered, injured, and unpaid in his wake according to all of America’s respected media. His relations, and those up close and personal have all testified to his madness. Ask the good people of Atlantic City about the decades of damage done. Why did Trump desert Mar-a-Lago an Florida?

Tara Palmeri reports, ” DONALD TRUMP has been complaining to members and guests at Mar-a-Lago that Florida Gov. RON DESANTIS still hasn’t joined the other 2024 hopefuls in pronouncing that he won’t run for president if Trump runs. One guest suspects that Trump’s gripes are so frequent because he is planting them in hopes that they’ll get back to DeSantis. Trump has told his advisers that DeSantis privately assured him that he won’t run if Trump does, but that’s not enough for the former president — he wants DeSantis to say it in public. Trump has even suggested that DeSantis shouldn’t underestimate his Democratic challenger CHARLIE CRIST, calling him a “killer.”