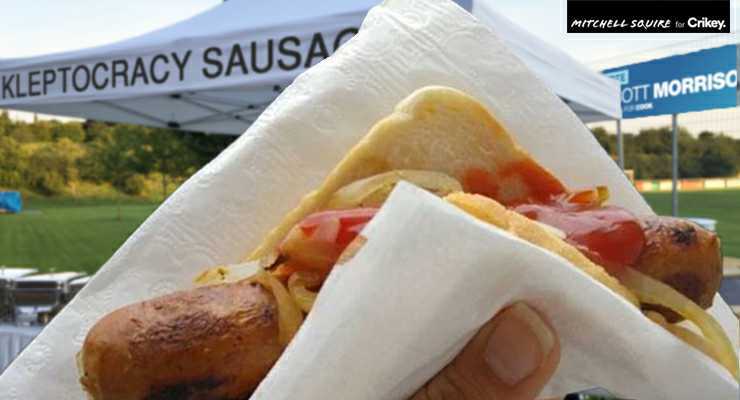 The ultimate goal is to “steal a Nations votes” by creating  System where voting is reduced to a pantomime as seen in Hungary, Turkey, Russia, and what the Republicans conservatives propose for the USA. Simply put a One Party Autocracy where  opposition is reduced to tokenism in An Oligarchic Autocracy. Their loss should it ever occur is evidence of a rigged system. Evidence of their unacceptance of loss is proof of Democracy Lost

If we don’t need it, why does the government want it? “Voter suppression” is the call from the left on that. The government, it’s alleged, is copying straight from the Republican Party’s US playbook, manipulating the law to disenfranchise voters who are less likely to support conservative candidates, such as the poor and marginalised. Specifically, in America, Black people. Here, likewise. After all, which section of the Australian population is most likely to have difficulty producing ID on polling day? Make it harder to vote, and they won’t.

The analogy is imperfect, because of compulsory voting. The actual negative impact of voter ID requirements is likely to be vanishingly small, given that the proposed law does make it very easy to comply. However, that’s not an argument in favour of the law.In the absence of any stated or apparent rationale for bringing in voter ID (beyond the meaningless assertion about public confidence), it’s fair to look for a more cynical explanation. Some have suggested that this is the first step by the Coalition down the path of undermining public confidence in compulsory voting with a view to eventually pushing for a change to voluntary voting.