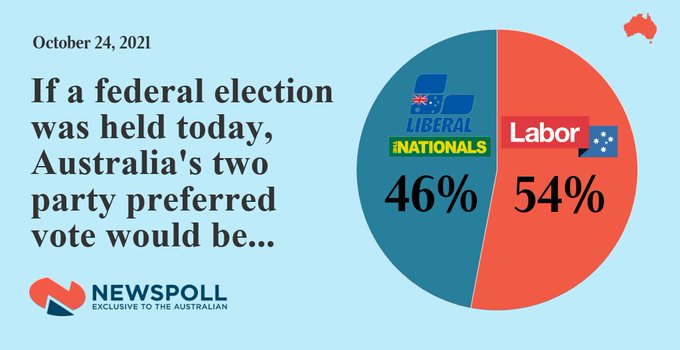 The LNP are going it alone even when the ALP says zero coal-fired power plants aren’t their target.

Labor has extended its lead to 54-46 in the latest Newspoll, days before Prime Minister Scott Morrison prepares to head to Glasgow for the COP26 climate summit. The results of the exclusive poll, which is conducted for The Australian newspaper and released on Sunday night, shows support for the Coalition at its lowest level in three years as talk of action on reducing emissions dominates the political landscape. It highlighted increasing community support for greater climate action, with 47 per cent of voters saying the goal of reducing emissions should be prioritised over lower energy costs (40 per cent). It is a stark reversal from 2018 when 64 per cent of voters said energy prices should be the priority and only 24 per cent said reducing greenhouse gas emissions was more important.