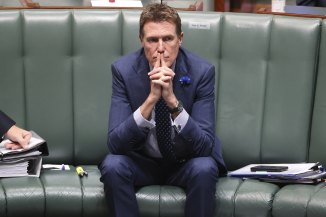 30 View all comments Advertisement Don’t call it a blind trust. Call it a trick, an attempted sleight of hand, a work-around by someone who knows the rules well enough to skirt them adeptly. When former attorney-general Christian Porter accepted more than $1 million to cover the legal bills he racked up suing the ABC, the first trick he played was to call the vehicle by which he took the cash a “blind trust”.

Source: A blind trust? Certainly, the government is keeping voters blind as to Porter’s secret donors