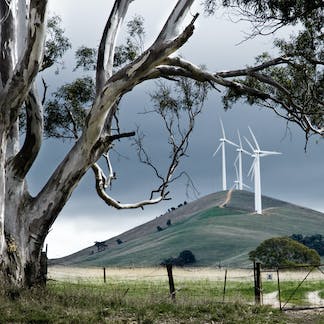 As Prime Minister Scott Morrison tries to land a Coalition climate policy deal ahead of the international COP26 summit in Glasgow, Nationals leader Barnaby Joyce on Sunday ruled out supporting more ambitious 2030 targets. The current 2030 target aims to cut emissions by 26-28% below 2005 levels, and has been criticised by scientists and the international community as far too weak. But ahead of a Nationals party room meeting on Sunday to discuss changes to national climate policy, Joyce declared it “highly unlikely” he would support a doubling of the 2030 target, according to ABC reports.

Source: Barnaby Joyce has refused to support doubling Australia’s 2030 emissions reduction targets – but we could get there so cheaply and easily