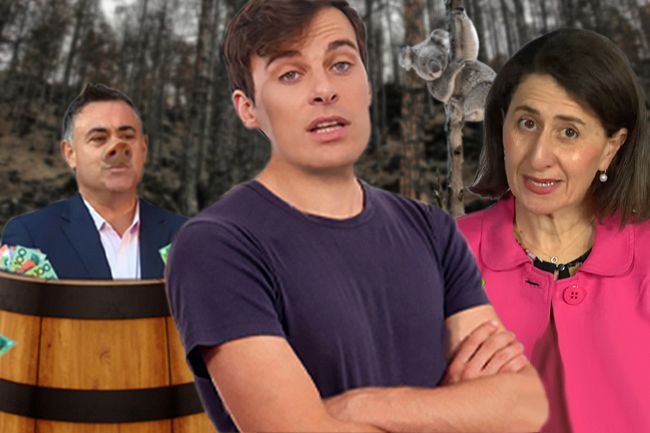 PINI-ng the question, rightly and directly, on our MSM’s reporting. Along with amplifying Morrison’s, and a host of other opportunistic conservative’s, crowing florid bullshit about the seeming injustice done to the good LNP pollies of NSW by unelected vigilantes, and kangaroo courts like ICAC. Critical political theory has been unethically used against conservatives. That spells a replacement ideology that will not be tolerated by SloMo, his government, or the supporting Mainstream media. Unless of course it’s flipped and applied, without considered weight of evidence, just thunderous noise against Dan Andrews. Yes the idiot dirt brigade is out in force, and in our face.

The resignations of the Premier and Deputy Premier of New South Wales, blaming ICAC and Friendlyjordies, respectively, signal the worst time of mourning for establishment media writes managing editor Michelle Pini. WHY DID both Premier Gladys Berejiklian and Deputy Premier John Barilaro choose to resign within days of each other? Did the New South Wales Independent Commission Against Corruption (NSW ICAC) bring about the sudden resignations of either or both of these politicians? If so, does the NSW ICAC require further scrutiny, because it makes MP’s”terrified to do their job”, as the Deputy Prime Minister suggested?