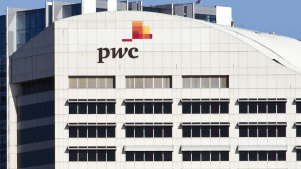 We saw the Panama Papers, now the Pandora Papers and still the government has done nothing. The ATO even complained, yet the government has done nothing. This again Morrison and Frydenberg will let pass through to the wicketkeeper as if it were a no ball. Their leadership for “some” Australians to be kept safe is our Pandoras box not to be publicly opened.

“[The] onus is on the financial institutions involved to be the first and last lines of defence, whereas lawyers, accountants or real estate agents (the ‘gatekeepers’) involved have little or no education or incentive to deter or prevent the proceeds of crime entering the Australian economy,” FinTech Australia said in its submission. “High-net worth does not mean low [money laundering] risk. This weakness in the current regime appears to be the elephant in the room.” Related Article The ATO has accused PWC of using inexperienced lawyers to invoke legal privilege to deny access to documents during tax audits. Courts ATO accuses PwC of improper use of lawyers to conceal tax affairs However, the Chartered Accountants Australia and Real Estate Institute of Australia (REIA) have warned tranche two could create “onerous red tape” that might not improve the overall system and could lead to “unintended consequences” such as higher costs for consumers.