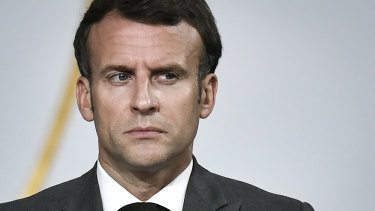 Morrison, liar, salesman and diplomat the third amigo in SQAUKUS told the nation he’d smoothed it over with France beforehand. Is there any wonder he’d been sacked by Australia and  NZ once before?

France will take the extraordinary step of recalling its ambassadors from Australia and the United States, as the fallout grows from a new defence pact that has infuriated French President Emmanuel Macron. The unprecedented move follows the Morrison government’s decision to tear up a $90 billion contract to buy 12 French submarines in favour of a new nuclear-powered fleet using technology from the US and United Kingdom.