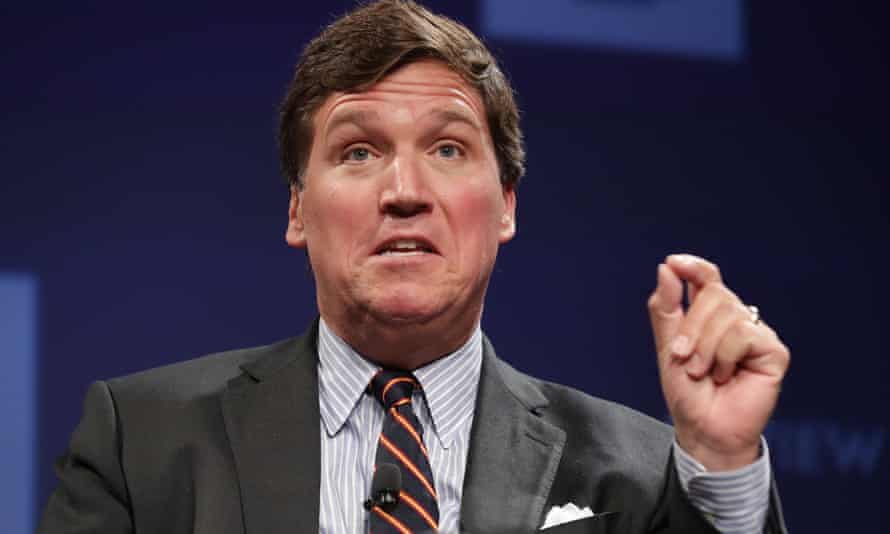 Fox News is driving political violence in the US, a media watchdog warned, after the primetime host Tucker Carlson predicted “revolt” against the Biden administration. In a Monday night monologue targeting the White House and military leaders over the US withdrawal from Afghanistan, Carlson demanded resignations. He also said: “When leaders refuse to hold themselves accountable over time, people revolt. That happens. “We need to change course immediately and start acknowledging our mistakes. The people who made them need to start acknowledging them or else the consequences will be awful.”Angelo Carusone, president and chief executive of Media Matters for America, a progressive group, said: “When there’s another big violent rightwing flashpoint that captures attention, way too many in media will wonder out loud: ‘How did this happen?’ ‘Were there the signs?’ “You don’t need to wade into the online fever-swamps to see the cauldron of extremism simmering. Fox News is ratcheting up heat and legitimising nightly. A