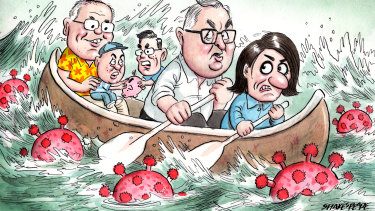 Thursday was the day Queensland Premier Annastacia Palaszczuk finally had had enough of Scott Morrison. She announced she was not waiting any longer for the Prime Minister to work with Queensland. In January, Palaszczuk decided that Queensland needed to dump the failed system of hotel quarantine and build its own cabin-style facility. But when she pitched this to Morrison, he was unsupportive.

Source: Even Berejiklian is fed up with the PM, who she privately regards as an ‘evil bully’