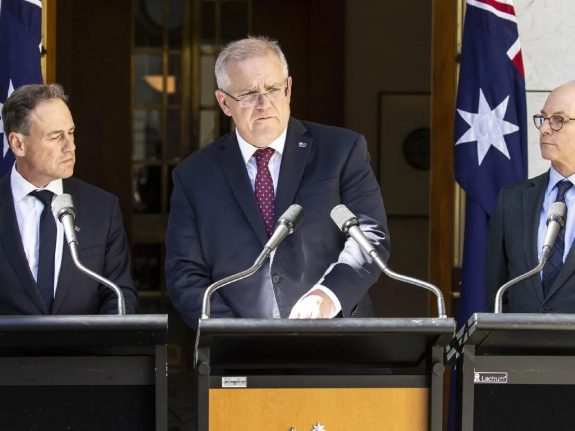 “And let me make it clear the government does not have a new position. The government’s position has always been that we need to open up immediately.” “So you’re saying that there’s no change and the government is committed to opening up as soon as it’s safe.” “No, I’m saying that Mr Morrison has been very clear that he wants these silly lockdowns to stop. Last year he told us to stop hiding under the doona even before we had a vaccine and now he’s saying that we can’t stay in the cave, so you can’t accuse him of being inconsistent.”

Source: “Some People Are Just Dying To Live With The Virus!” – » The Australian Independent Media Network