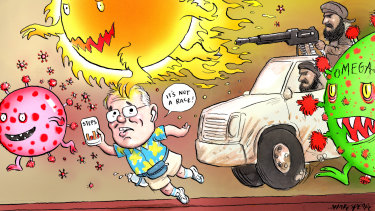 “You don’t win the 100 metres at the Olympics by walking it,” he replied. In other words, it is a race. Those words were not spoken by any minister in the Morrison government. Heaven forbid. Recall that Morrison initially insisted the vaccine rollout was “not a race”. Until eventually admitting that it was.