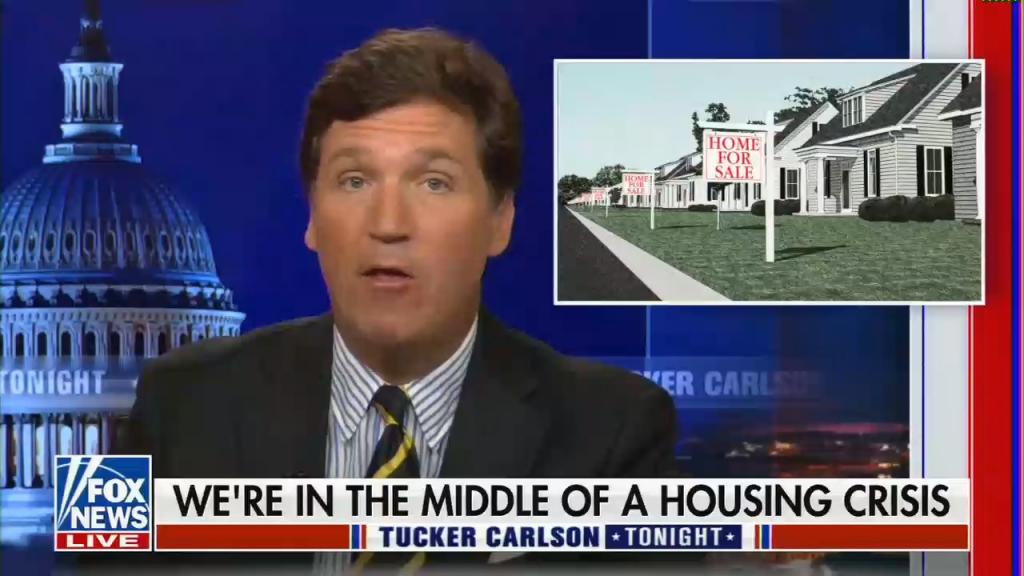 It often seems beside the point to fact-check Fox News star Tucker Carlson — he’s a wildly dishonest demagogue whose effortless lying demonstrates abject contempt for his viewers. But I have a masochist streak, so let’s unpack Wednesday night’s whopper that the United States has a “housing crisis” in part because “we are now living through the biggest influx of refugees in American history.”