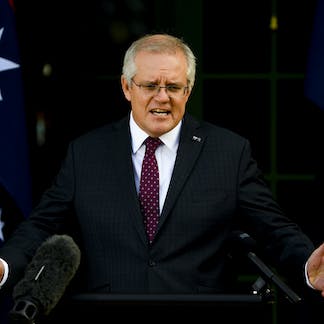 Scott Morrison this week more or less trashed Australia’s top advisory body on immunisation, in remarks that were at best ill-judged and at worst alarming. On Wednesday Morrison told a news conference he (or the government) made a “constant appeal” to the Australian Technical Advisory Group on Immunisation (ATAGI) to review its advice on AstraZeneca according to the balance of risk. On Thursday he said on radio: “I’ve just simply said balance of risk is changing, guys, so how is that impacting on your advice, and it’s time to think about that”. The “guys” (and girls) on ATAGI are obviously as aware as anyone of the changing risk profile as cases increase.