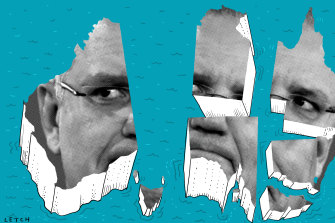 There is a power shift under way in Australia, from the Commonwealth to the states. No matter how hard Scott Morrison tries to resist it, the pandemic keeps forcing him to collaborate with the premiers – on their increasingly assertive terms. On Friday we saw the clearest expression yet of this dynamic as the Labor states, led by Victoria, pulled rank on the Prime Minister and his most prominent state ally, NSW, to slash the number of international travellers to Australia.