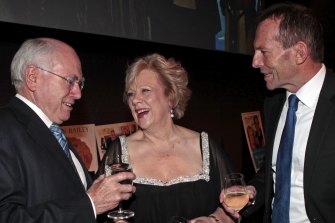 When Fran Bailey moved from Brisbane to Melbourne in 1970, one big cultural difference stood out between the two cities. “I was constantly amazed at how often I was asked what school I went to,” says the former Liberal MP and Howard-era minister. “You would be invited to someone’s house for dinner and you would meet people and they would invariably ask.”

Source: Bags of money and the old school tie: Private schools and their impact on Melbourne