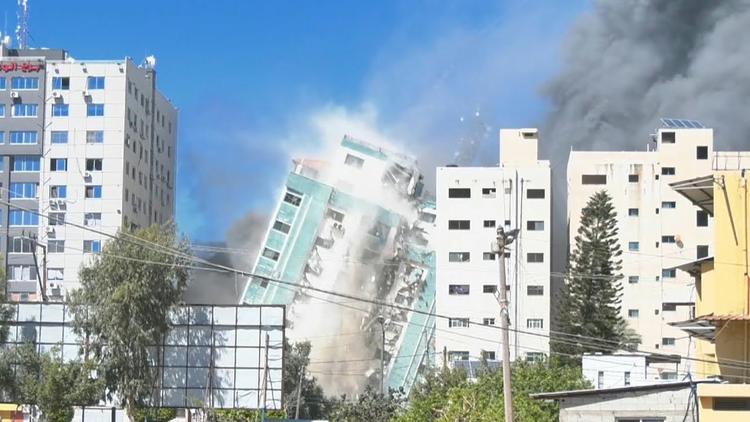 The Associated Press is flatly denying the Israeli military’s cover story for why it bombarded the al-Jala tower in Gaza, which housed media offices of AP and al-Jazeera, and where dozens of journalists were based. Israel maintains that there was a Hamas intelligence unit in the building that was targeting Israel. This Israeli allegation is, of course, ridiculous. Hamas’s attacks on Israel are via little rockets with no guidance systems. A third of the Hamas rockets are so feeble that they actually land inside Gaza and have hurt Palestinians. The rockets fly blind and most land uselessly in the desert. So what would an “intelligence office” in an office building be doing that posed a danger to Israel? If they were on a computer on the internet, they could be anywhere– they didn’t have to be in the al-Jala.