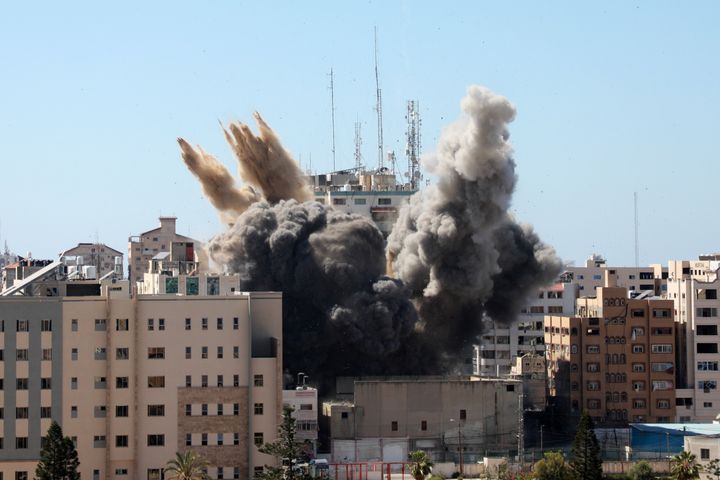 An Israeli airstrike that obliterated a 12-story Gaza City building that housed offices for The Associated Press, Al Jazeera and other media outlets sparked an outcry from international press advocates on Saturday, with AP leadership calling it an “incredibly disturbing” development in the conflict. “We are shocked and horrified that the Israeli military would target and destroy the building housing AP’s bureau and other news organizations in Gaza,” AP President and CEO Gary Pruitt said in a statement. Mostefa Souag, acting director general of Al Jazeera Media Network, slammed the attack as a “war crime.” “We call on the international community to condemn such barbaric actions and targeting of journalists and we demand an immediate international action to hold Israel accountable for its deliberate targeting of journalists and the media institutions,” Souag said in a statement. He went on to accuse Israel of attempting to “hide the untold carnage and suffering of the people of Gaza.”