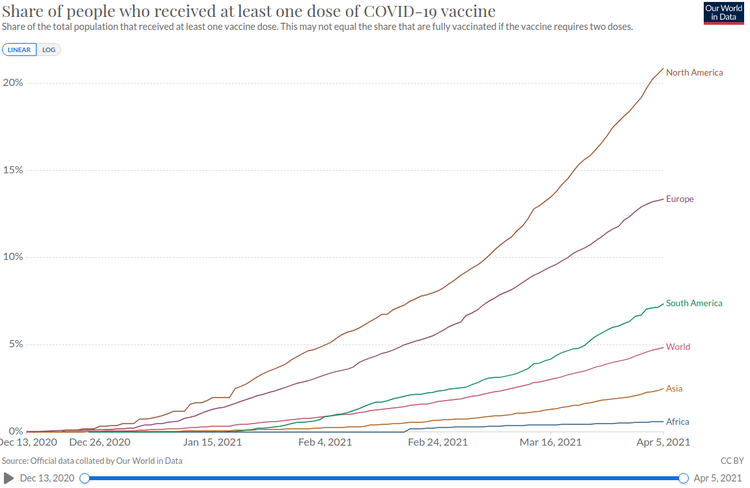 For example, the Biden administration has moved aggressively to roll out vaccines here in the United States. But it has rejected global appeals to waive patent rights for vaccines, to share vaccine technology, and to require transparency from pharmaceutical companies about their pricing. The result is “vaccine apartheid” on a global scale. As of early April, 20 percent of the population in North America had received at least one dose of a vaccine, compared to less than 1 percent in Africa. Global inequalities play out on so many issues like these that it is no exaggeration to talk of a more general “global apartheid.” This global system is structured not only by race, but also by class, gender, and national origin. There are many different levels of privilege and vulnerability. But similar patterns are repeated from the local to the global levels.