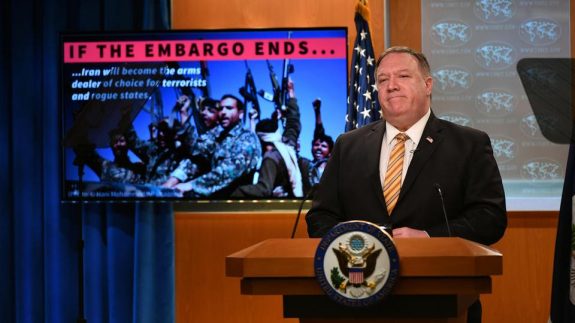 This entire act of gross miscalculation did its fair share of harm, though not in the sense understood by Pompeo and his officials. It spoke to a clumsy unilateralism masquerading as credible support; to great power obstinacy misguided in attaining a goal. It was not the UN Security Council that had failed, but the US that had failed it, an effort that many at the UN are reading as directed at torching the remnants of the Iran nuclear deal. The assessment of the US effort by former UN weapons inspector Scott Ritter was sharp and relevant. “You got the Dominican Republic on board (how much did that cost the US taxpayer?) Not a single other nation voted with you! The shining city on the hill has been reduced to a glow, like the embers of a dying fire.”

via Foiled in the Security Council: The United States, Extending Arms Embargoes and Iran – » The Australian Independent Media Network