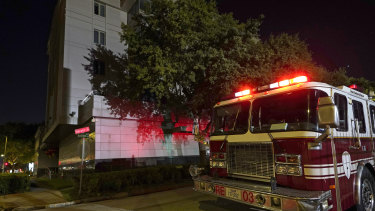 If that were the case why have the Israeli and Russian consulates allowed to remain open. Trump isn’t the first leader of a country to scapegoat and create an enemy for personal political gain.Mary Trump was right he is America’s most dangerous President. Commercial espionage and theft has always been part parcel of American business without government interference. (ODT)

Asked why the US had been ordered the Houston consulate to shut down, State Department spokeswoman Morgan Ortagus suggested breaches of the Vienna Convention, which she said requires diplomats to “respect the laws and regulations of the receiving State” and “have a duty not to interfere in the internal affairs of that State.”

“We have directed the closure of PRC Consulate General Houston, in order to protect American intellectual property and Americans’ private information,” he said.

via US orders closure of Chinese consulate in Houston