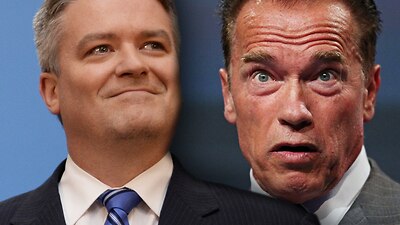 With the Cormannator’s departure, the LNP loses the only politician in its ranks capable of successfully sooling Paul Keating’s “unrepresentative swill”. And this is a serious problem for a Government financed in part by the Murdoch Shilling. Cormann, who does not blink, is the only senior Government Minister with the smarts to strong arm a Bill through the Senate. This Bill — yet to materialise — would fulfil Murdoch’s goal of selling-off the ABC.

With Cormann’s departure and the status quo in place in the Lower House, the demise of the ABC will not happen in the foreseeable future.

via Hasta la vista, baby! I won’t be back. – » The Australian Independent Media Network