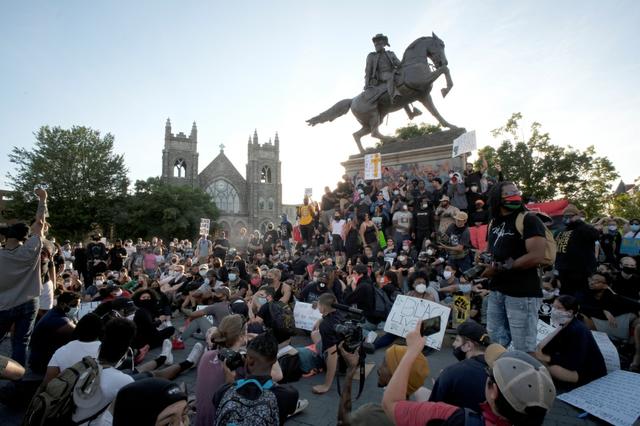 One does not have to spend long in the US or the Caribbean without discovering that the deep wells of hatred and fear created by slavery have not disappeared over the years. In the US, this is reinforced by the legacy of the Civil War which still divides the country to an extraordinary extent, underpinning racism and de facto segregation. More surprising is the fact that in the years since black people supposedly won civil rights in the 1960s, the rest of America has become more like the South in its political culture than vice versa. President Johnson had promised not just “equality as a right and a theory but equality as a fact and a result,” but the results never came.

President Trump differs from other recent presidents in being a fairly open racist and supporter of violence by a militarised police force. Protesters are denounced as “terrorist” much as they are in Turkey, Egypt, Sri Lanka and other authoritarian states. Once the US was the sheet anchor stabilising governments and regimes, but now it is the turmoil in the US that is sending waves of instability across the world. This is not the way it worked in the 1960s. As Britain slides out of the EU under a right-wing government it will have nowhere else to turn but the US and potentially share in its turbulence. Quips about Stonehenge and the Roman Empire show how far the ruling party in Britain is from understanding that it is only experiencing the first tremors from the US meltdown.

via British leaders have no idea how bad slavery was, by Patrick Cockburn – The Unz Review