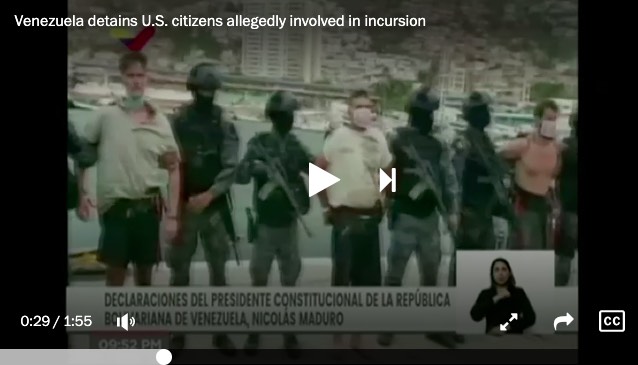 Imperial over-reach was on full display this week as the US government demanded that a pair of US citizens — former Special Forces soldiers leading a 60-man invasion of Venezuela with the goal of fomenting a coup and/or capturing or killing that country’s elected president — be released from arrest and returned to the US.

Bad enough that the US almost certainly knew in advance about this invasion which involved multiple simultaneous border crossings and beach landings by mercenary forces, many of them reportedly sketchy former Venezuelan soldiers involved in the drug trade, who were on a payroll as soldiers-for-hire. But how about the gall to also claim that when the effort fails, the intended victim of the coup, Venezuela, has no legitimate right to punish the perpetrators, but must release them to their home country, the US — a country that has for years been trying to oust Venezuela’s elected government?