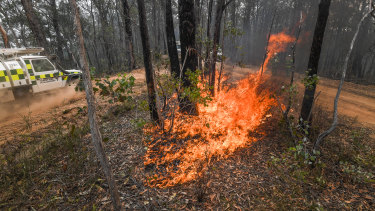 The problem has been a relative small group of deniers have dominated policy as they did anti- Marriage Equality and we saw what happened there howerver they are still in play and we see their efforts to legislate laws for bigotry as opposed to equality. Strangely enough many are also science deniers and simply political opportunists who the current Australian leadership still pander to the API the most obvious and whose members media giants like News Corp, Sky and 2GB give a voice far louder than their true representation in the community. However we saw what happened in Warringah and the possibilities when the electorate isn’t distracted by economic bullshit and fear by the likes of a billionaires like Clive Palmer and Gina Rineheart with Coal interests next to Adani . (ODT)

When I had the privilege of serving as Australia’s minister for climate change, I had access to the leading scientists in Australia and internationally, the evidence and the analysis. That is what motivated me to legislate a comprehensive set of greenhouse gas emissions-reduction policies, including a carbon price. My objective was to respond to the climate science with policies that were environmentally effective, economically efficient and socially fair.

In Australian politics, a relatively small group of science-deniers and appallingly irresponsible political opportunists have successfully dominated the policy response to climate change in recent years. We all know who they are. In Australia’s national interest, in the interest of future generations, this group should be marginalised.

via Australia needs to punch above its weight on carbon emissions