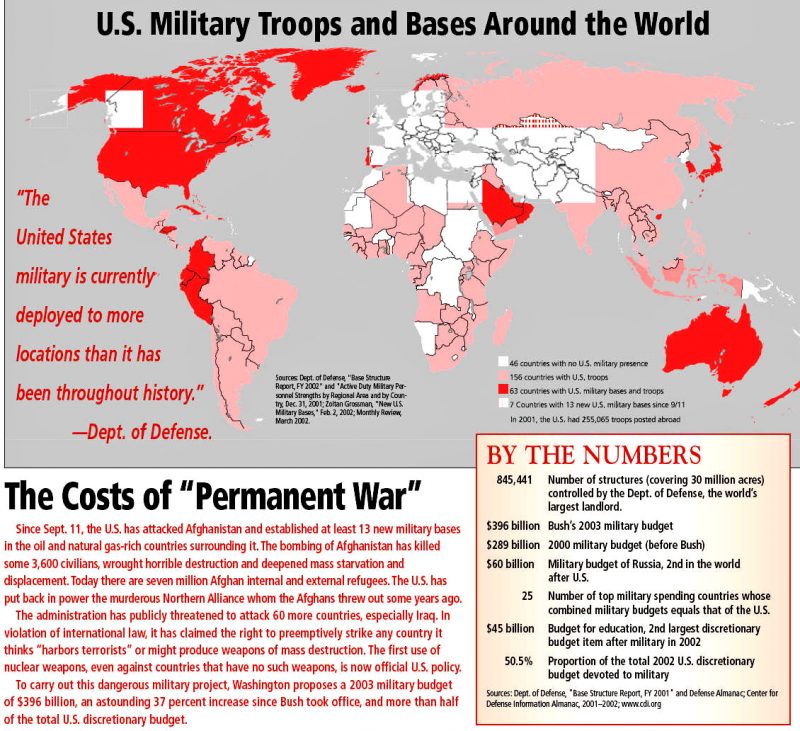 The US plans permanent occupation of numerous nations worldwide, including Afghanistan, Syria, Iraq, and other countries it attacked preemptively.

It’s up to officials of these countries and mass public opposition to end US occupation through the power of resistance.

Pentagon bases are platforms for endless wars, including against host and neighboring countries.

So-called status of forces (SOFA) agreements establish the framework under which US forces operate abroad — serving its own interests at the expense of occupied nations and their people.