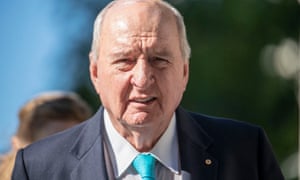 But despite the bulk of scientific evidence connecting drought, water shortages, heat waves and bushfires to climate change, Jones manages to consistently link these issues to claims that climate change is “a hoax”, and “there’s no evidence whatsoever to support [it]”.

Since August, Jones hasn’t interviewed any climate scientists, but he has given a platform to climate science denier Christopher Monckton, climate sceptic Peter Ridd and fossil fuel advocate Bjorn Lomborg.

He has also suggested that the government secretly wants the cattle of drought-stricken farmers to die because reduced methane emissions would help it reach its Paris target.

via Conspiracy, commerce and climate denial: inside the parallel universe of Alan Jones | Media | The Guardian