RELEASE of the second-quarter GDP figures showed the Australian economy facing its lowest annual growth since the global financial crisis, calls from RBA & general public for the Morrison Govt to engage some sort of stimulus program exp https://independentaustralia.net/politics/politics-display/an-opportunity-for-an-australian-green-new-deal,13124#.XYRIIRFzHcc.twitter 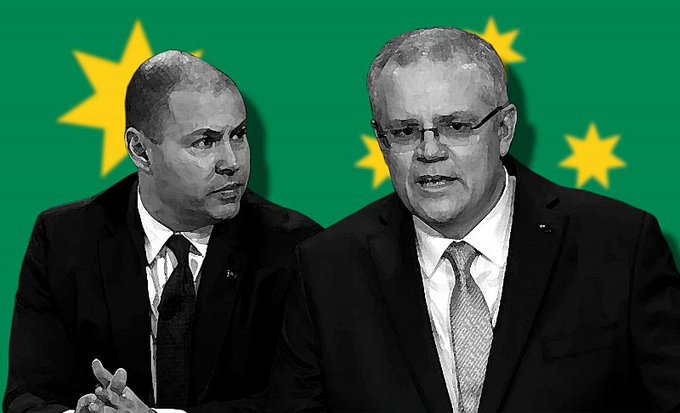 IN A RECENT SURVEY conducted by the Australian Financial Review, every single economist who participated had the same message for the Morrison Government: the Reserve Bank should not have to rescue the economy on its own.

However, despite the mounting evidence of domestic economic slowdown and the growing risk of a potential global recession, the Morrison Government continues to reject calls for a stimulus. Instead, the Government insists that its tax cuts and “superior economic management” will kickstart the economy and that everything will be fine.

via The Morrison Government is mortgaging all our futures